Lions Who Are Man-Eaters 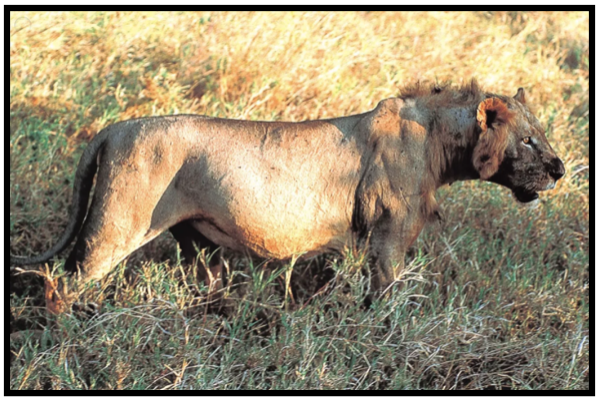 In certain areas, male lions delay growing manes until they are much older than other lions. These are known as maneless lions.

And strangely enough, three of the most notorious man-eating lions were maneless!


The largest man eating lion on record, the Man-Eater of Mfuwe, measured 5 feet from floor to shoulder and 10 feet 6 inches long. He was a maneless lion. 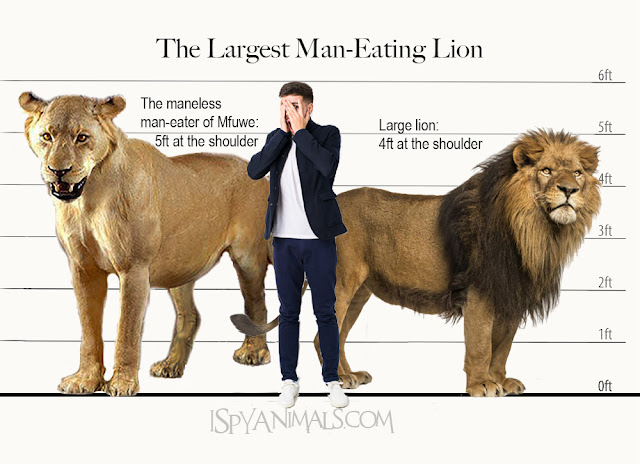 This lion killed six people in two months. It was shot in 1991 in Zambia.


Most famous, though, are the Ghosts of Tsavo. During a nine-month period in 1898, two maneless male lions, thought to be brothers, killed between 35 and 145 men who were building a railroad in Tsavo, Kenya. 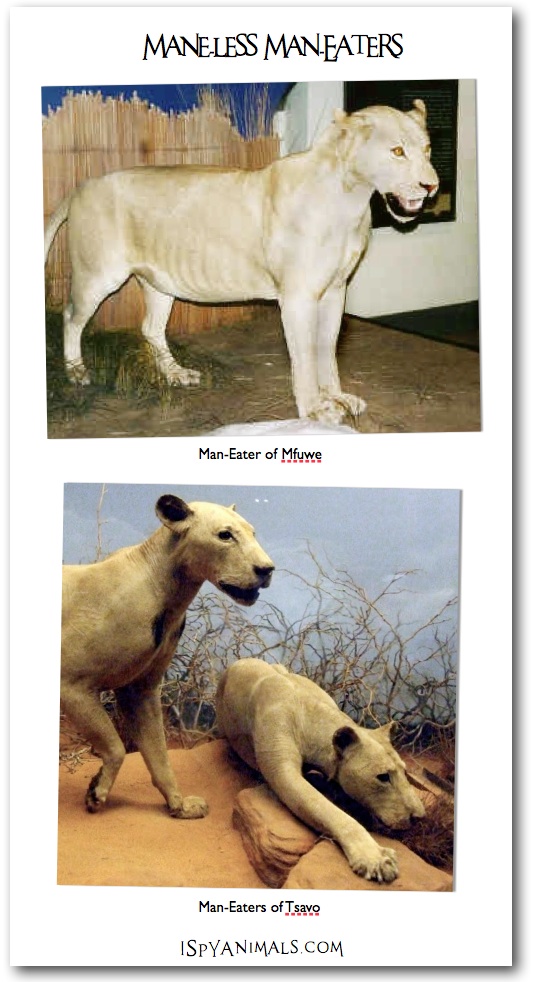 These three famous man-eaters are on display in The Field Museum of Natural History in Chicago.

Maneless lions have been reported in Senegal and in Tsavo, Kenya. The first ever white lion, discovered in Timbavati, was also maneless! 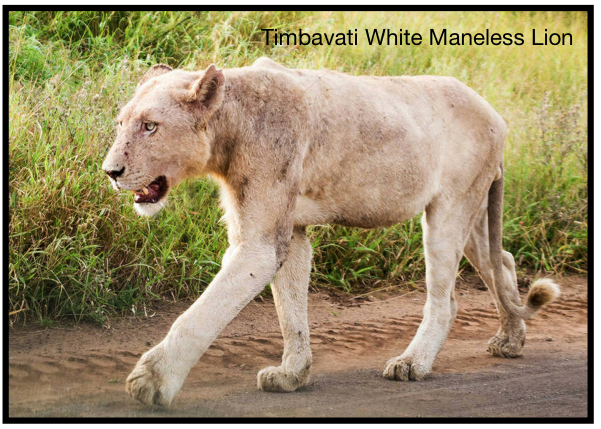 For more information on these man-eaters, go here.


For a good theory on why some lions become man-eaters, go here

Yikes! I guess they don't need that majestic mane to be fearful beasts!!
Never knew these existed.