If You See a Glowing Dolphin... 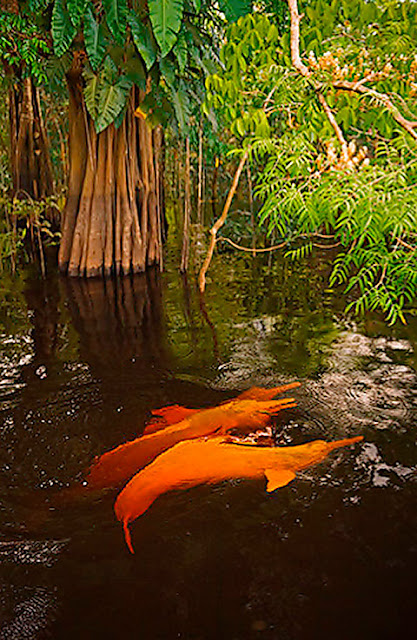 In the Amazon night, pink river dolphins come to shore and change into handsome young men or "encantado". But before dawn, they must resume their dolphin shape and return to the river, where they glow an eerie orange.


Well, the River dolphin does glow an eerie orange in the Amazon river...that's because the mixture of silt and vegetation in the water is reacting on his skin color.


And the shape-shifting?  Myth, but a fun one!


So what exactly is a river dolphin? This guy lives in the large freshwater rivers of Asia and South America. And he looks very different from his saltwater ocean cousins!


Here are the types of River dolphins in the world today.  Check out their local names; Susu, Boto, etc.  :)
All river dolphins are in danger of becoming extinct, like the Yangtze River dolphin listed above.


Below, the REAL color of an Amazon River dolphin!
And below that, a video of one in action. 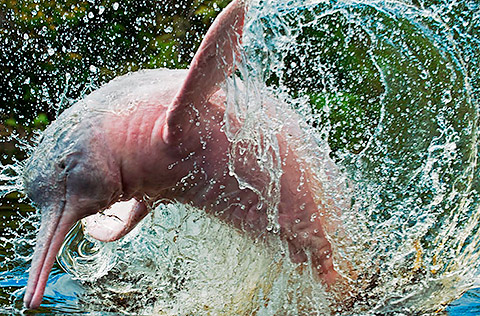 *Identification Key, or IKs, are characteristics used to identify an animal.