6 Ways the Intelligence of THIS Bird Can Be Terrifying 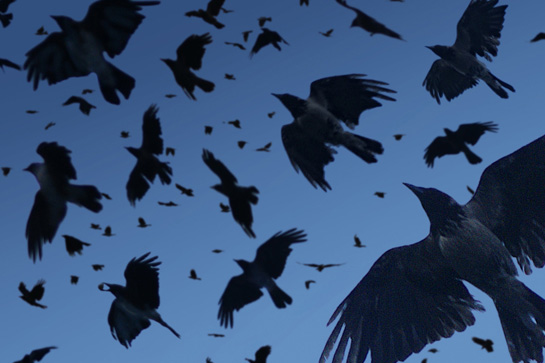 They're black and knowing.  Denizens of graveyards and Edgar Allen Poe's imagination. These birds were feared as omen-bringers and symbols of death.


A group of them is known as a conspiracy; or even a murder...


But they're intelligent.  So intelligent that maybe we humans should keep a closer eye on them.  Why?

#6 - They Remember Your Face... and They Hold a Grudge
Seven crows were captured by skin-masked researchers, then tagged and released back onto the college campus where they were found. Thereafter, whenever the crows saw the researchers walking around campus in those masks, they would "scold" them and dive-bomb them. 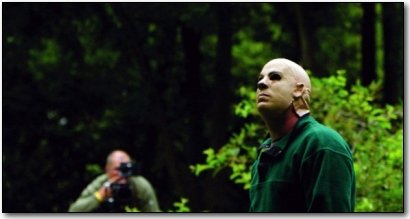 Soon, it wasn't just the original seven tagged crows doing this, but other crows, ones who were never captured, joined in.  Because...
#5 - They Conspire Together
All that cawing we humans hear...that's not just noise.  Crows talk to each other.  Multiple crows who never actually saw the original researchers, above, were able to recognize them all the same. 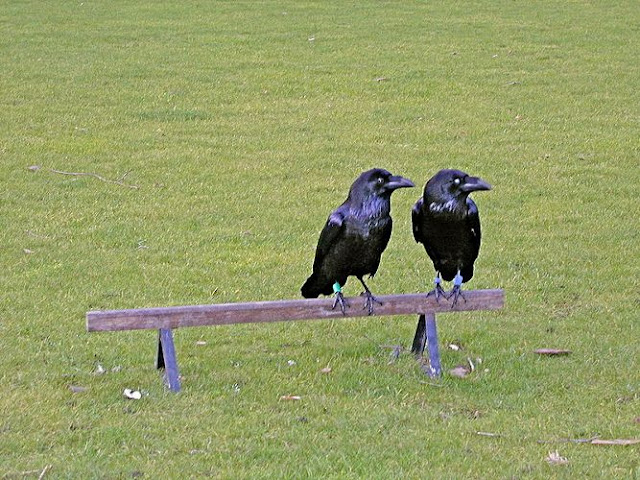 Just in case you think they were just telling each other "get the guy with the mask," they weren't: the test was repeated with different people wearing different masks, and without fail, the crows left the masked men who hadn't messed with them alone, but went crazy on the mask that had been worn while messing with them. That's because...

#4 - They Know Your Plans
Every year, half a million crows used a city in Ontario as a rest stop on their migration route. These crows ruined crops, stole things, and messed everywhere. The Mayor declared war, and the citizens all turned out with their guns planning to shoot at least 300,000 of these crows.
They shot one.  Just one.
And the rest disappeared! Half a million birds, gone. And every year since, the crows fly high enough over this town to avoid any stray birdshot. 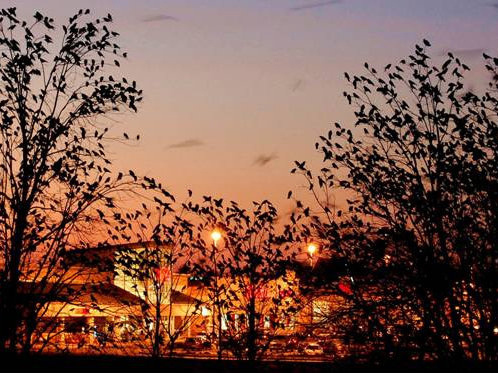 This is not an isolated incident.  Crows have changed whole migration patterns to avoid farms or cities where a fellow-crow has been killed. Generations later, they still remember. They have a collective mental map that pinpoints where each measly crow was killed.  Why is that scary?
#3 - They Think Things Through... and Make Tools
In a test, food was placed in the bottom of a glass tube, and two pieces of wire, one hooked and one straight, were placed nearby.  Abel, the male crow, grabbed the hooked wire. Betty, the female crow, took the straight wire, bent the end into a hook, and pulled the food out of the tube.
Here she is: 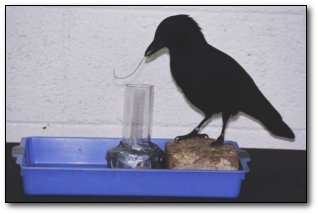 These two crows had never seen wire before and, incredibly, they didn't do any trial and error learning. Which means crows can reason to a certain degree and take action decisively and effectively.


In the wild, crows make effective "knives" out of stiff grasses and leaves.  They even use these knives to make other tools. Why can that be frightening?
#2 - They Have Long-Range Plans... and Long Memories


Crows stash food away in little hidden caches; sometimes thousands of them, for the future when times might be lean and they're hungry.  If other crows are watching, they even pretend to hide food in one spot, then secretly switch to another spot. The thing is, even after a long period of time crows remember where all their caches are.  What's unsettling about a memory like that? 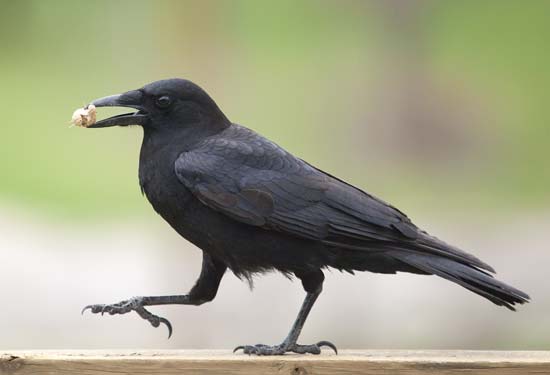 #1 - They Stalk You... and Other Humans
Crows watch humans, and use their activities for their own ends.  Examples:
D. Deitle's Quick Quiz:

What day of the week do the garbage men come to your block? What day do they service the next block over? And the one after that? And after that? If you don't know the answer to all of those questions, then congratulations! You're not stalking your garbageman. ... But don't get too excited, because it also means you've just been outscored on a test by a bird: ... crows simply memorize a driver's schedule, then follow the trucks to pick out anything tasty. 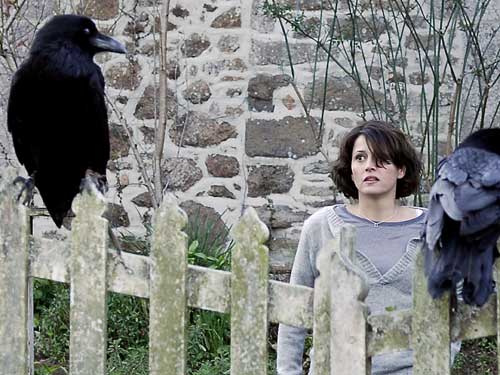 
Why should you be worried?

Well, right now, millions of crows out there not only know what you look like and how you behave...


they also know your address.


:)
Posted by I Spy Animals

Amazing! God's Creation never ceases to astound. Thank you so much for your blog. I love reading new finds to the kids.

Thank you, Cathy...to God be the glory.