When Dogs and Coyotes Cross 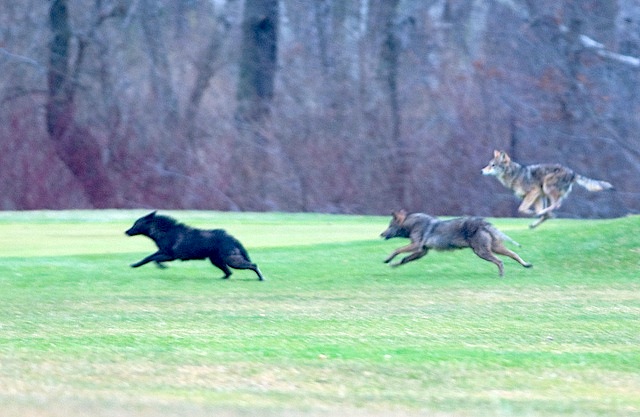 This is supposed to be a coyote pack.  But it's not.  It's a pack of coyote-dogs.

In Bouquet Canyon, where I grew up, we owned five acres in the National Forest (it wasn't forested, though; it was like desert - juniper and sagebrush). We were basically in the middle of nowhere. And we had dozens of cats.  Well, I should say a succession of dozens of cats. These cats were safe from harm around our house and our dogs but like most cats they were too... curious.

So in the night they wandered up into the canyon hills behind us.

And in the night the coyotes were so hungry, that they wandered down from the canyon hills behind us. 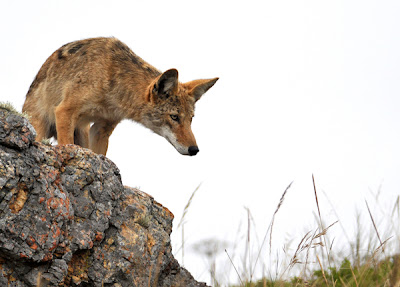 Well, those coyotes crossed paths with our cats so often that we had a tough time keeping live cats around the place.  Even a small dog that coyotes come across could turn into a coyote snack.

But if coyote and dog meet and the dog is too large to be a snack...

there will be puppies. Tawny was a young coydog someone gave us in Bouquet Canyon.  She was buff colored and had yellow eyes and huge ears.  She disappeared when she was almost two years old. I wonder if she joined the coyote pack that ran the hills.

But coydogs are rare.  Only about 2% of all coyotes are coydogs. And they can look pretty different from each other.  Here are some wild coydogs you can compare to a pure coyote: 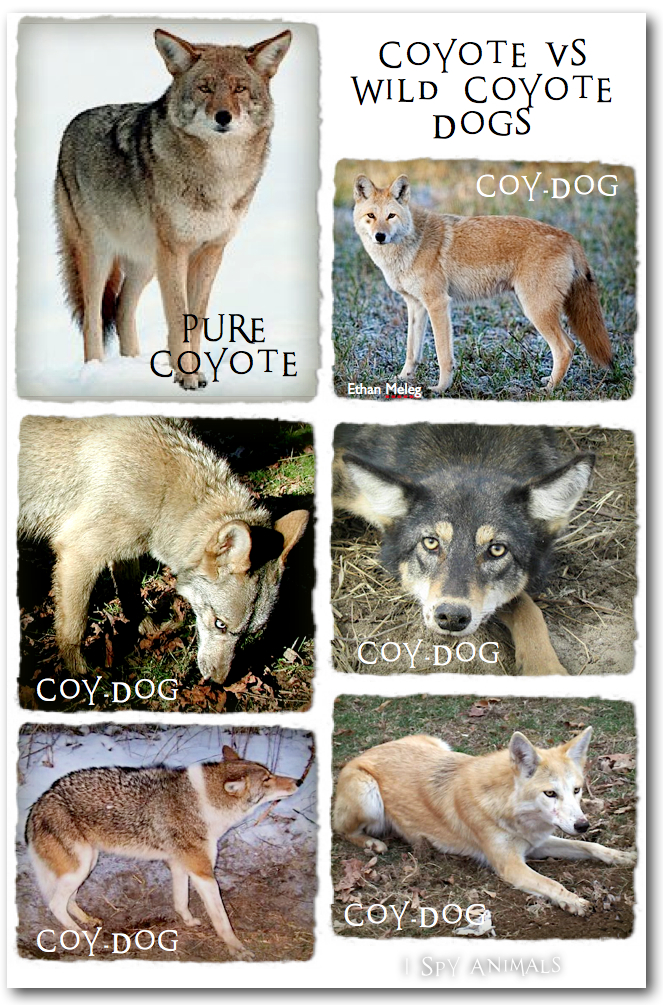 Some wild coydogs photographed in the fields: 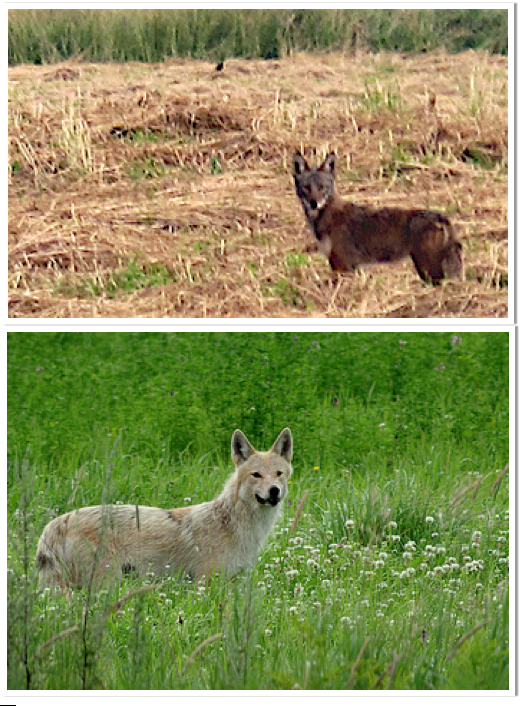 But like Tawny, coydogs can be good pets. I remember Tawny as very friendly, intelligent, and dog-like.

Check out these pet coydogs... they're pretty cool: 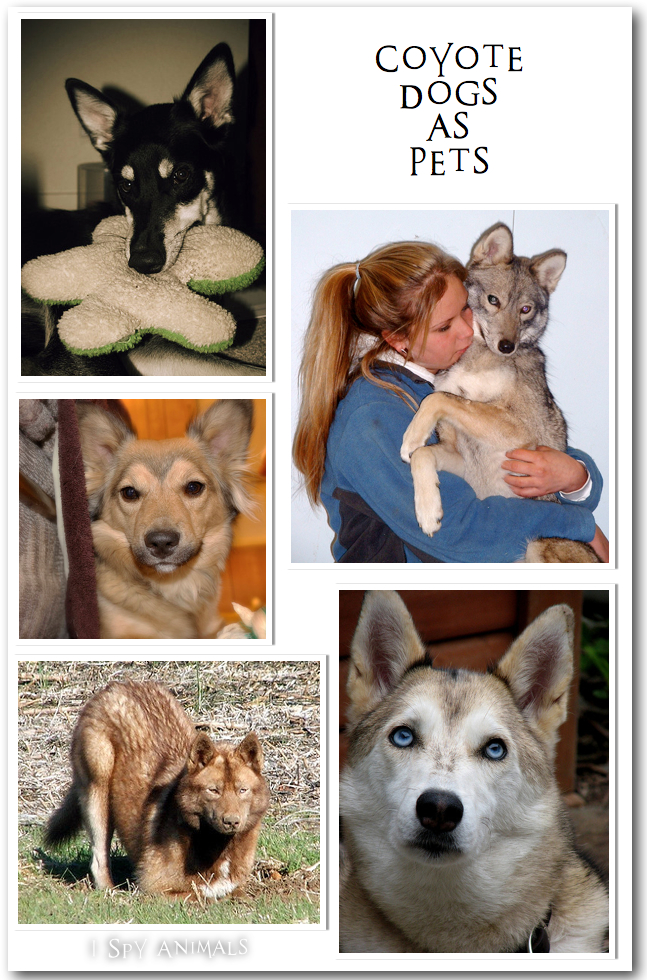 But there's a dark side; some pet coydogs can be timid and may bite out of fear....so, maybe not a great choice for a family pet.

But they sure are fun to look at, right?

So, have you ever seen a strange-looking coyote?  Let us know what you saw...

Pleasant to be going to your web journal once more, it has been months for me. Well this article i've been sat tight for so long. I require this article to finish my task in the school, and it has same theme with your article. Much appreciated, awesome offer. best personalized dog gift ideas 2017