So who cares about Edible dormice anyway? 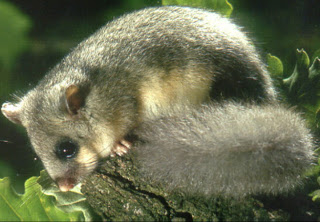 So why a blog for kids and educators about recognizing different animal species?  At the least, it's fun and interesting to see differences in animals and be able to "name that animal"!   Searching for and spotting differences is similar to an I Spy or Where's Waldo? game.  How many hours have  kids spent poring over those books to root out the different items?  Find the turquoise cats-eye marble somewhere in the town made of every kitchen utensil imaginable. Kids can do this, no problem; in fact, they love to do this!  So let's take this propensity for detailed search and point it toward something more rewarding; let's direct it toward seeing the differences between similar animals.
But why? What could possibly be rewarding about identifying different animal species?  Studies have shown (though I think I could have told you this years ago) that when children are able to identify plants and animals, they begin to nurture an interest nature, environmental awareness, and an affection for wildlife. As this study states:
"Animals are fascinating for children and adolescents, e.g. in Norway animal-related activities received high scores, such as bird feeding (74%), or watching hare, fox and moose (63%). Watching TV programmes received an almost similar proportion compared to learning about animals in schools (Bjerke et al. 2001)...(But) many educational practitioners and conservationists claim ... a significant decrease of species knowledge in today’s children and adolescents." "...Children have serious problems with classifying animals (e.g. Bell, 1981) and they often incorrectly classify vertebrates as invertebrates (e.g. Braund, 1998) or birds as non-bird species (Trowbridge and Mintzes, 1988, Prokop et al., 2007)."
"...basic knowledge about animal or plant species, their identification and life history has been targeted as a fundamental aspect for learning and understanding in biodiversity (Lindemann-Mathies 2002; Randler and Bogner 2002; Gaston and Spicer 2004; Randler et al. 2005) as well as in the framework of ecological questions (Leather & Helden 2005)." (Teaching Species Identification – A Prerequisite for Learning Biodiversity and Understanding Ecology - Christopher Randler)
So leading kids to even casually study species identification can form in them an interest in ecology. And that's important for obvious reasons...wait, maybe it's not so obvious?  Let's do some brief statistic surfing:
"Since the year 1600, a total of 83 mammals species (2.1%) and 113 birds (1.3%) are known to have become extinct." Why?  There are several reasons, but the single largest and expanding threat is habitat destruction caused by human actions. But would the loss of, for example, whales, leopards and wolves really be so harmful?  Besides just the glory and uniqueness of each animal species, whales, leopards and wolves "serve a purpose important for their respective habitats... when wolves were reintroduced to Yellowstone National Park, they helped bring the elk population back into balance, which in turn aided trees, trout, birds, beavers and bears. (What is the most harmful type of diversity loss? - Jessika Toothman)

There is a balance to the make-up of the world and the extinction of species upsets it;  sometimes to the detriment of ourselves. For example, what impact would a newly extinct animal have on, say, the economy?
"The extinction of animals can have a profound impact on the economy, considering scientists and engineers find more and more uses for animals and plants everyday. Significance: After estimating in 2010 that at least three species go extinct every hour, the United Nations Environment Programme said that boosting biodiversity can help the global economy. Effects: When a species goes extinct, it also impacts up to 30 other species, leading to further extinctions up and down the food chain. If one insect goes extinct, various animals that feed on it, such as a frog or a bat, can go extinct as well. Agriculture: Farmers have started using certain breeds of endangered insects to help eliminate crop pests.The extinction of any of these biological controls would have a severe negative impact on the nation's agriculture. Medicine:Medical advances would slow if species went extinct. For example, leatherback turtles have a special property that causes their blood to clot quickly after an injury. Scientists examine them to see if these clotting properties can help humans." Read more: here
Those are the larger issues, but how does this practically affect our own children today?  Let's say a child is at the zoo.  He sees a zebra, and thinks, "Hmmm, a zebra."  And then he pats his pocket for his iPod.  How much more interesting, though, to see a zebra at the zoo, examine it critically, and then say to himself, "That's a Mountain zebra! I know because it has a dewlap, and small zig zag stripes down its back! "  iPod forgotten!  :)
Closer to home, identifying the birds and insects around us is a real-life I Spy that most kids, mine included, love! Using Spotter's Guides, Google, or field references to identify observed species teaches children to examine what they see critically, search for and analyze information about what they've seen, and make decisions based on the information presented to them. And don't count out the personal satisfaction that comes with correct identification, and the empowering sense of knowing and accomplishment that accompanies such an occasion.  It's a winning scenario in a child's life and perhaps a serious kick-start to an interest in the field of sciences in his or her academic and vocational future. And, like the study said, kids rated it as fun as watching a movie!
So who cares about identifying dormice in general, and the Edible dormouse in particular?  I do.  We all should.

Especially if we feel really hungry!  :)
Posted by I Spy Animals

Everyone cares!) But what you really should care about, it's that someone could be spying on you. Like here.

You know your activities emerge of the group. There is something extraordinary about them. It appears to me every one of them are truly splendid! BeeLinePestControl

There is such a great amount in this article I would never have considered all alone. Your substance gives perusers things to consider in a fascinating way. Much obliged to you for your reasonable data. https://www.dtermination.com/