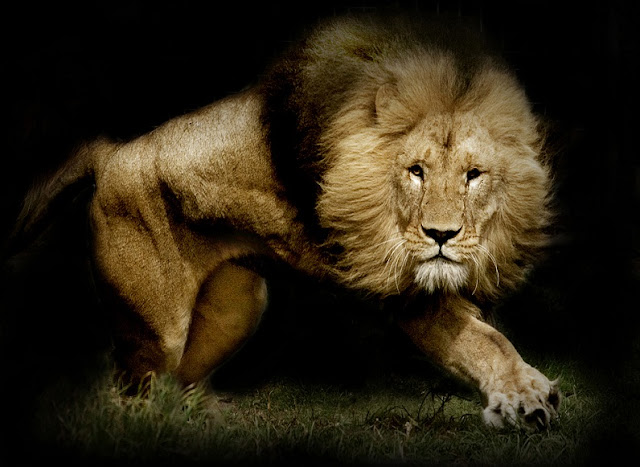 The King of Beasts...the lion!  Most people can identify a male lion with no problem.


There are eight subspecies of lion, most of which live in Africa. A small number of Asiatic lions live in the Gir Forest in India:

There are also white lions living wild in Tambavati, though many zoos and circuses have them on display. 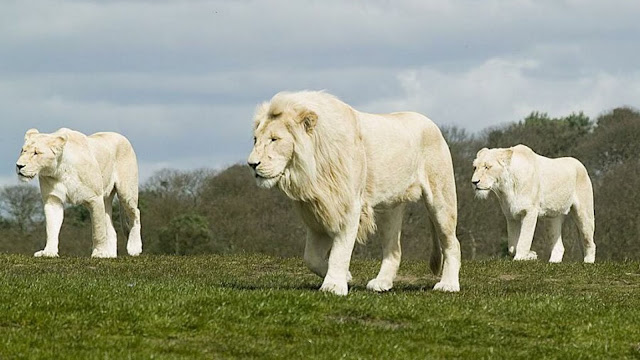 White lions are not albino, but leucistic South Africa lions; That means their normal tan coat color is suppressed with the chinchilla gene, but their eyes are gold-brown, not red like a true albino's.


Lions are the only big cats that lives in groups, called prides. The pride can have up to forty members, most of which are females and cubs. 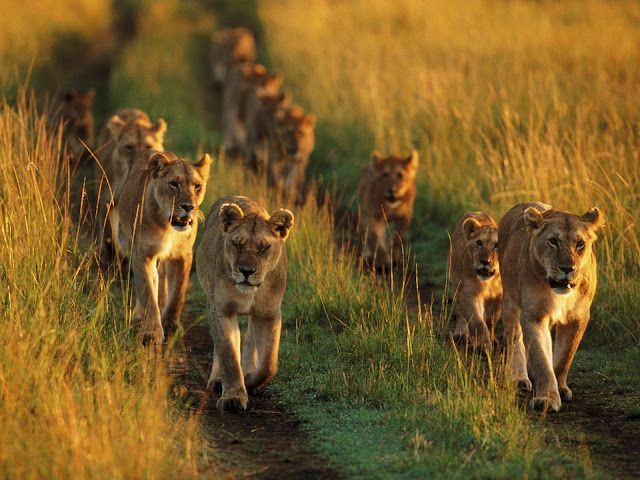 That big lion mane? Lions are the only big cats where it is easy to tell the males from the females.

And speaking of manes, let's take a look at the different colors their manes can be: 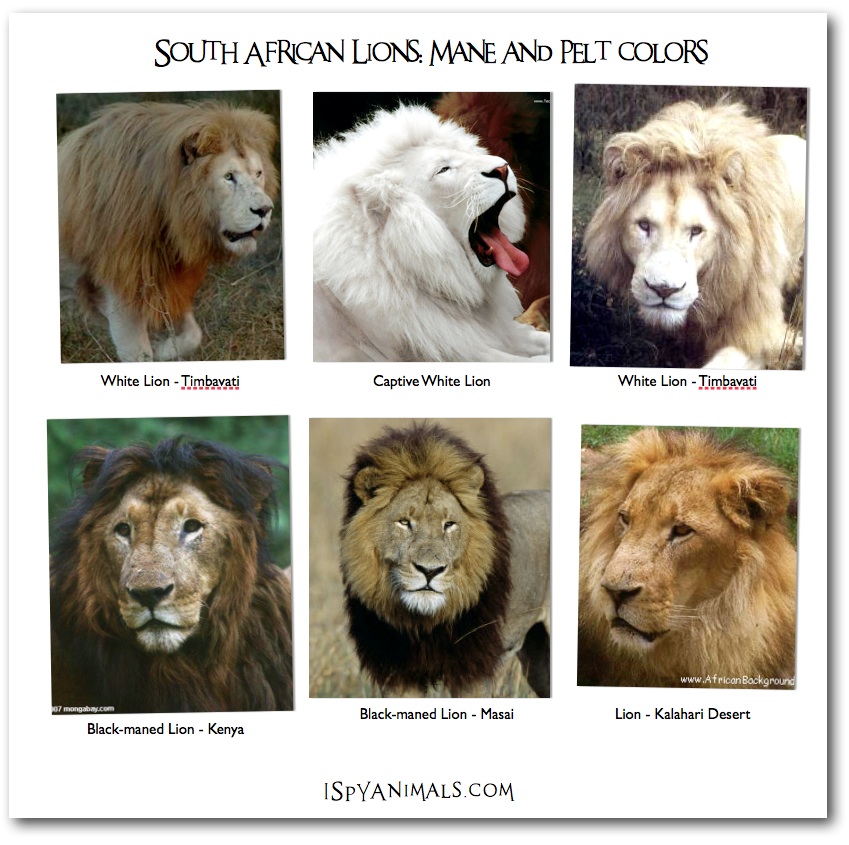 Got something to say about this?  Leave me a comment!