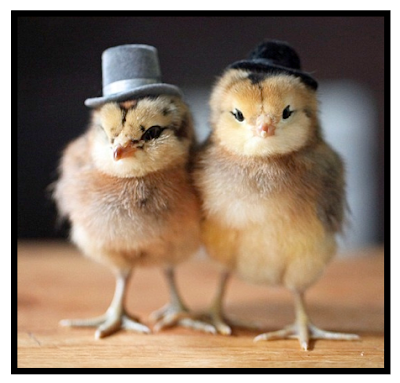 I was 6 years old when I realized that birds wear hats.

It came from the Roadrunner. You know, the bird that was always foiling Wile E. Coyote's plans. I loved watching that cartoon, and I naturally thought that roadrunners were tall, long-legged, and wore hats with ornate purple feathers on their heads.

So imagine my shock on the family's road trip out West, when my parents stopped the car and pointed excitedly along the road saying, "Look, girls! A roadrunner!"

I looked, saw nothing. I stood up and leaned out the window and searched frantically.


THIS is what I saw: 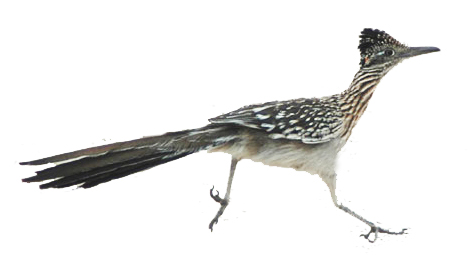 THIS is what I was looking for:

Turns out, the real roadrunner is a fast, foot-high creature that blends amazingly into his desert surroundings. He has a tiny tuft on his head for a hat...and that's about it. No purple plumes anywhere.

Well!  Another childhood belief utterly smashed.  But I found out there are other birds out there with hats that are unbelievable. Some are pretty, some are scary, and some are just...indescribable.

So here they are, weird hats that bird wear! 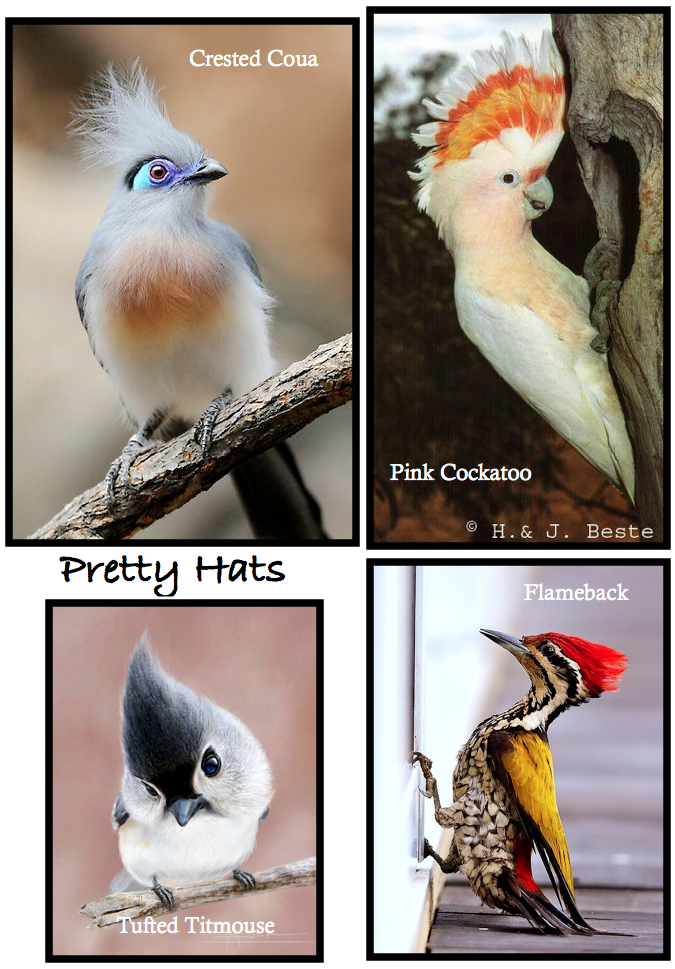 That Tufted Titmouse is just so cute.


Now the hats of royalty: 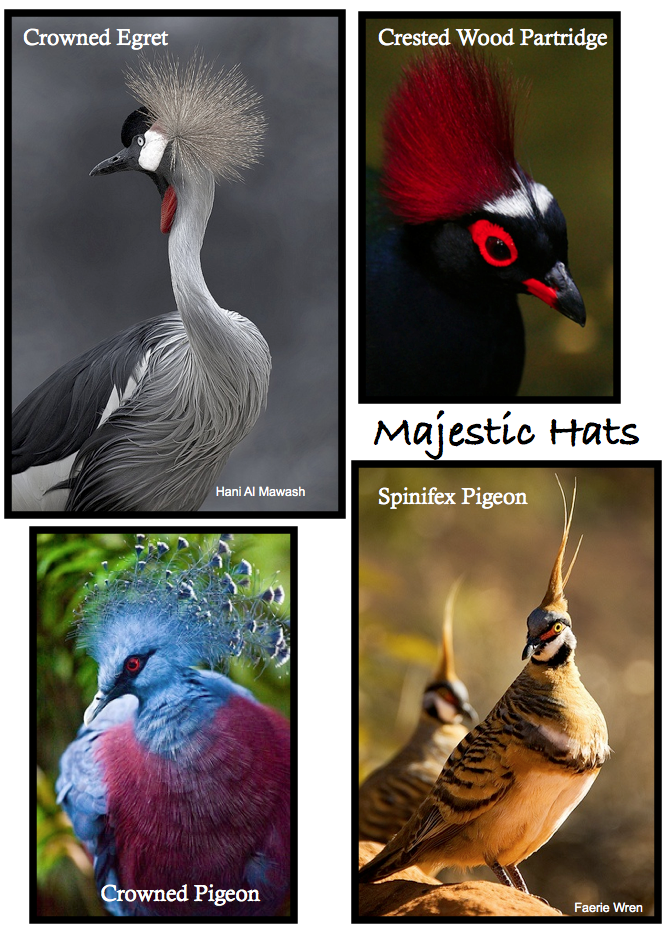 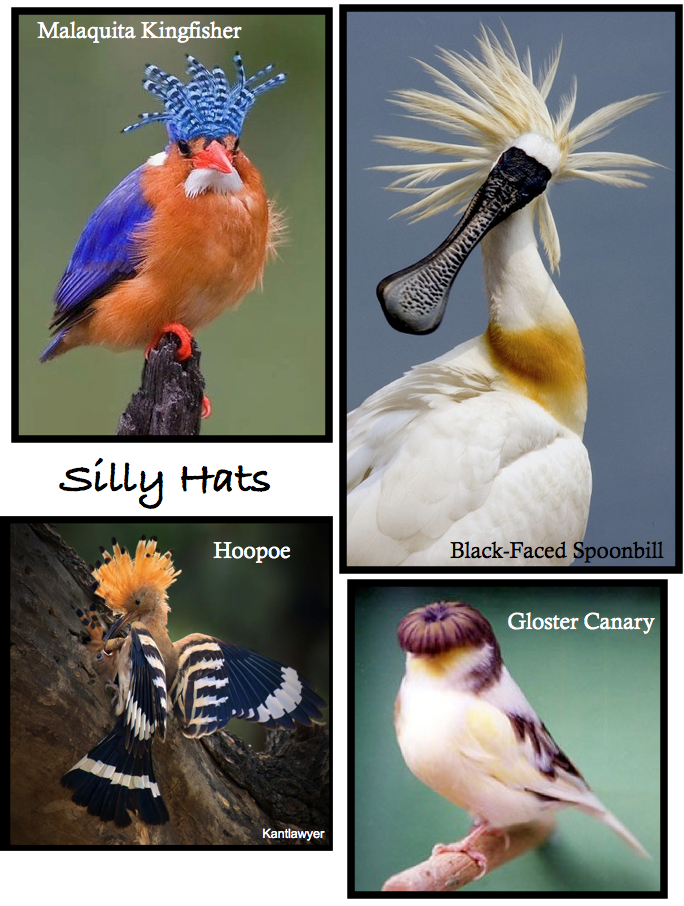 Hah.  I would have named that Kingfisher the Court Jester Kingfisher.   :)

Here are some pretty scary hats: 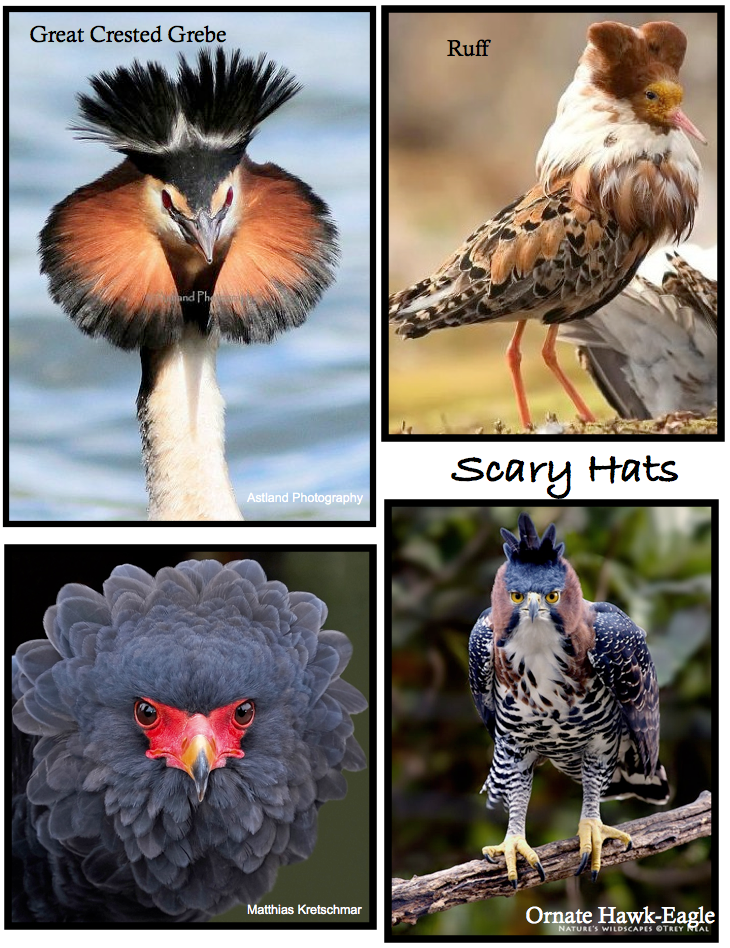 And some hats that are a bit hard to believe: 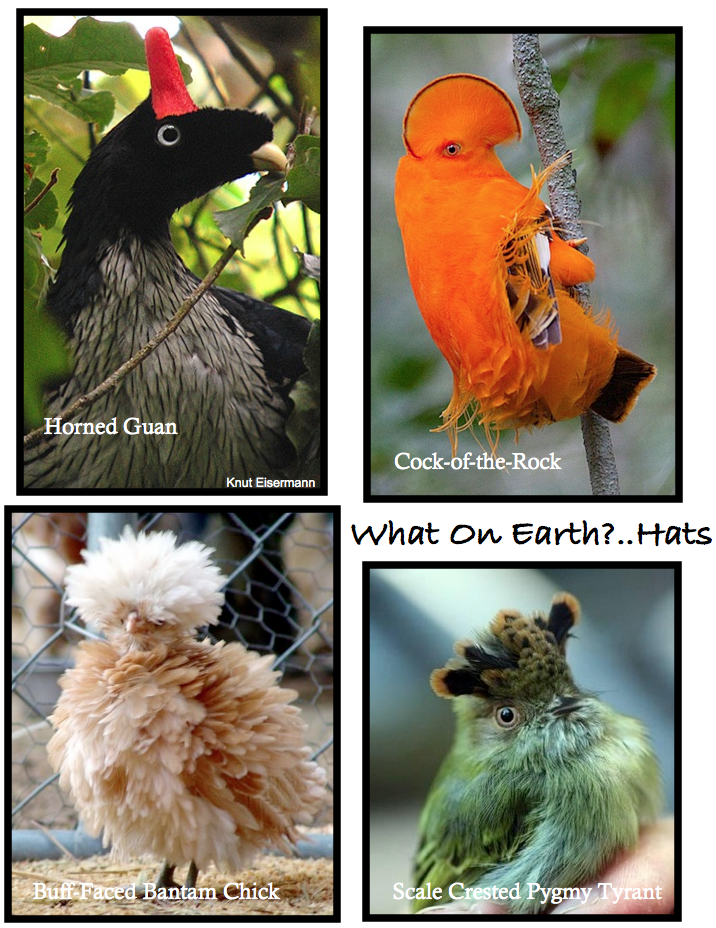 So how about this bird below and his weird hat?  Do you know what bird he is?  Leave a comment if you do... 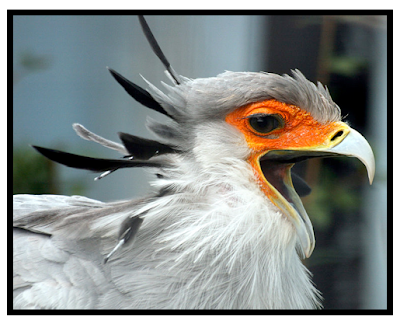 It's a secretary bird! I didn't even have to look it up!

I really enjoy reading your blog. I love animals, too, and I love exploring. I can't always get out and see the world, but your posts help me slake my curiosity. :) Thank you. And please keep up the good work!

I Spy Animals said...
This comment has been removed by the author.
05 August

This might be one of my favourite random articles so far! I love how creative you are and absolutely adore all the pictures. The hats of royalty have my heart though.

Thank you for your encouragement! I have neglected my blog cruelly, but I'm glad you're still enjoying it.